Native-Land.ca is not an organization (yet) and is run by Victor G Temprano, whose company, Mapster, funds the website. This is not an academic or professional survey of Indigenous territories, and the maps are constantly being refined from user input. These are meant more for the sake of helping people get interested and engaged. 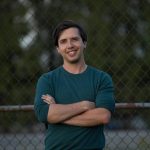 I’m Victor. I am a settler, born in traditional Katzie territory and raised in the Okanagan. I am concerned about many of the issues raised by using maps and colonial ways of thinking when it comes to maps. For instance, who has the right to define where a particular territory ends, and another begins? Who should I speak to about such matters, anyway?

Native-Land.ca started in early 2015, during a time of a lot of resource development projects in British Columbia. While mapping out pipeline projects and learning more about them for the sake of public awareness, I started to ask myself whose territories all these projects were happening on. Once I started finding the geographic data and mapping… well, it just kind of expanded from there.

The map has gotten a reasonable amount of attention over the years, and it typically spikes in popularity around Thanksgiving, “Columbus Day”, and National Aboriginal Day. I hope it has encouraged some complicated and necessary discussions across the world!

A few thoughts on this project:

There are over 630 different First Nations in Canada (and many more globally) and I am not sure of the right process to map territories, languages, and treaties respectfully – and I’m not even sure if it is possible to do respectfully. Who counts as “Indigenous”? This is an open question and I invite feedback in this regard.

I feel that Western maps of Indigenous nations are very often inherently colonial, in that they delegate power according to imposed borders that don’t really exist in many nations throughout history. They were rarely created in good faith, and are often used in wrong ways. I am open to criticism about this project and I welcome suggestions and changes.

That being said, maps might also be useful for Indigenous nations and others in all kinds of initiatives, such as this one by Amazonians and many others found around the web. It’s complicated!

Here is a quotation from Aaron Capella’s maps, which I think is appropriate here:

This map is in honor of all the Indigenous Nations [of colonial states]. It seeks to encourage people — Native and non-Native — to remember that these were once a vast land of autonomous Native peoples, who called the land by many different names according to their languages and geography. The hope is that it instills pride in the descendants of these People, brings an awareness of Indigenous history and remembers the Nations that fought and continue to fight valiantly to preserve their way of life.

Native Land does not sell maps. But check out Aaron Capella’s maps: the most comprehensive First Nations maps of the Western Hemisphere-using both traditional and common names, at www.tribalnationsmaps.com.

Big thanks to Shauna Johnson for helping get the Teacher’s Guide started!

Thanks to everyone that has emailed to help with this project! There have been hundreds of people involved in helping fix this map and improve it along the way.

Especial thanks to Travis Henry for his huge research and help with American nations, John Garcia in central America, and Whose.land for helping fund the site and improve accuracy with treaties and territories across North America.

Native-Land.ca’s API and data has been used and mentioned in a few places, such as:

It’s also been integrated into courses and projects such as: