“The Citizen Potawatomi are Algonquian-speaking people who originally occupied the Great Lakes region of the United States. Originally, the Potawatomi were part of the Three Fires Council comprised of Potawatomi, Ojibwe and Odawa, collectively known as Anishnabek (or Anishinabe) peoples. By the end of the 18th century, tribal villages were being displaced by white settlements, ultimately ushering in the American treaty era. Through a series of treaties, beginning in 1789, their tribal estate totaling more than 89 million acres was gradually reduced. The federal government continued reducing Potawatomi landholdings by removing them to smaller reserves in Iowa, Missouri and finally Kansas in 1846. In 1861, the Potawatomi in Kansas was officially divided by way of a treaty that required its signers to surrender tribal membership and adopt U.S. citizenship, in turn creating the foundation for Citizen Potawatomi Nation. It was a decision that forever shaped the culture and lives of our people and subsequently led to the eventual migration to Indian Territory (Oklahoma).” 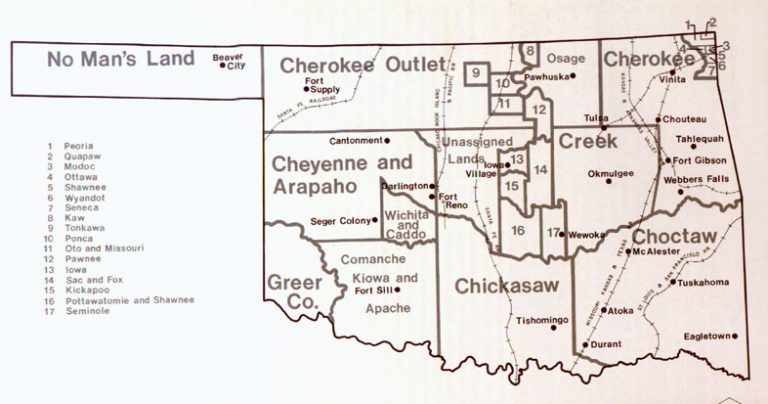