“There are approximately 13,000 members of the Gitxsan nation worldwide, with about 70% living on the traditional territories. The population is young compared to provincial and Canadian statistics with over 70% under the age of 30. Most live in five Gitxsan villages (Gitwangak, Gitsegukla, Gitanmaax, Glen Vowell, Kispiox) and two provincial municipalities (Hazelton, New Hazelton). The Gitxsan people make up about 80% of the total population living on the territories. The remaining population is mostly of European descent.

Settlement of the area by non-Gitxsan began around the turn of the century. Gitxsan people have lived on the territory since creation. Western archaeological evidence has so far supported more than 10,000 years of occupation by the Gitxsan. The English translation of the Gitxsan is “People of the River of Mist”.” 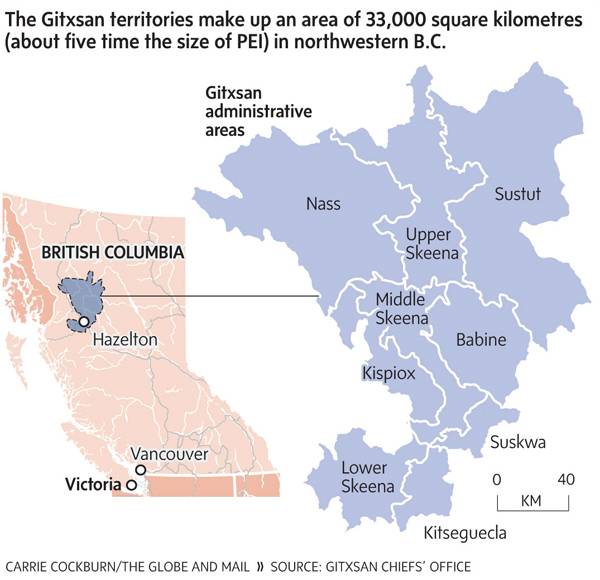