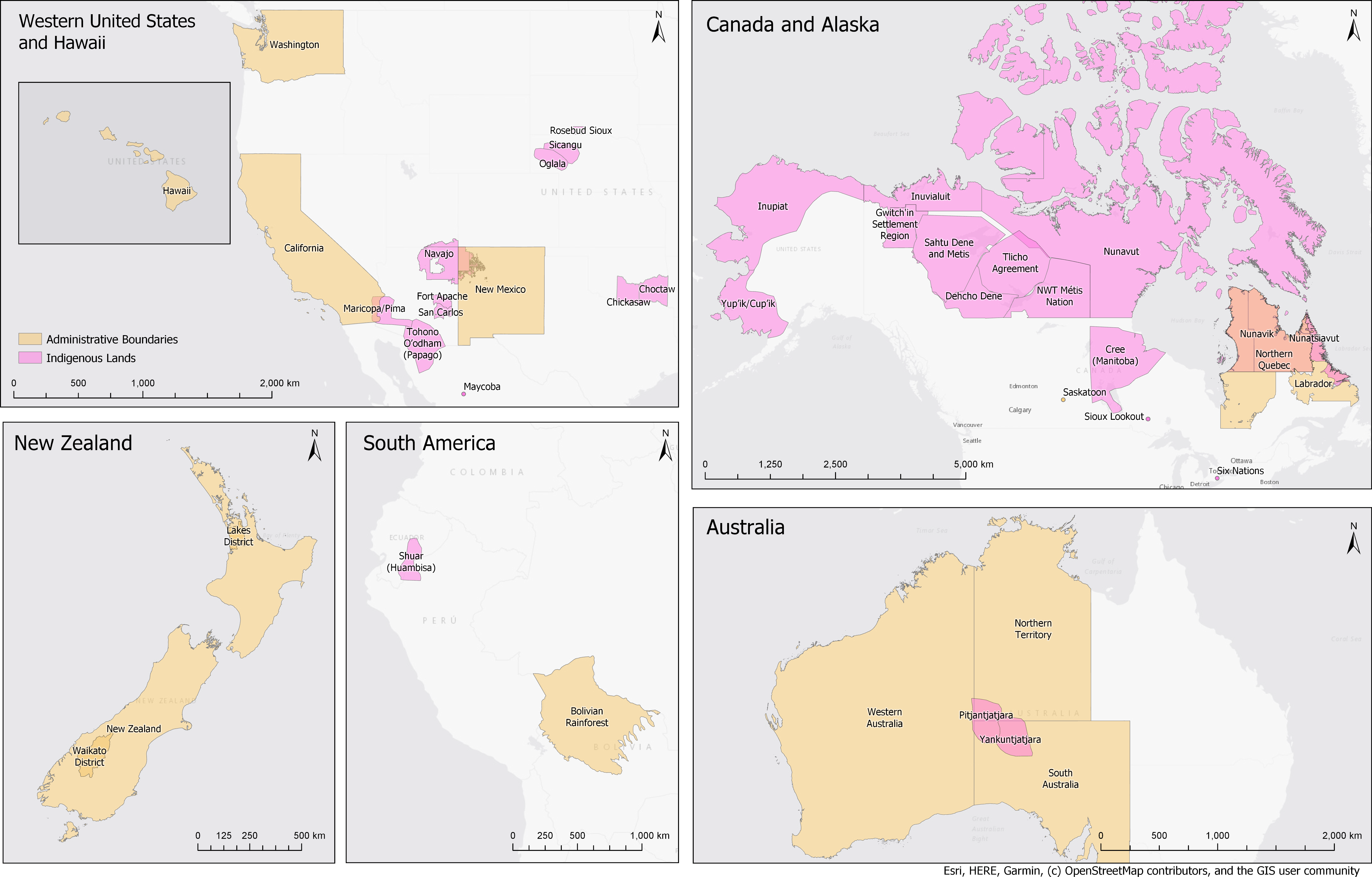 This is a guest post on Native Land. See more about this project at http://catherinemah.ca/. For the published article, see https://rdcu.be/b6c7Y.

The scoping review team consisted of food environment and Indigenous health researchers from Dalhousie University (Dr. Catherine Mah, Dr. Debbie Martin, Gabriella Luongo, and Ziwa Yu), and the University of Waterloo (Dr. Kelly Skinner and Breanna Phillipps). The team included qualitative and quantitative studies such as dietary assessments, observational studies and intervention research. The review has been registered with the Joanna Briggs Institute for Systematic Reviews under Dr. Catherine L. Mah. As the lab’s research analyst, I supported the team to use GIS visualization approach with the generous advice and resources from Native-Land.ca

To map the Indigenous populations, appropriate data was necessary. Some of the studies in the systematic review describe Indigenous populations within administrative boundaries (i.e. states and countries), for which data is relatively easy to obtain as it is often available through government sources. Other studies described Indigenous groups, lands and territories, for which data isn’t readily available for various reasons (colonial legacies and land tenure and governance, with factors such as changing boundaries and non-digitized records). In the next few sections I’ll describe how the data was downloaded, modified and used to create the map for the review.

First, I downloaded the data as a JSON file from the API section on native-land.ca (https://native-land.ca/api-docs/), by right clicking Territories and ‘saving as link’. Then, mapshaper.org was used to convert the JSON file into a shapefile so that it can be easily imported into ArcGIS Pro.

In ArcGIS Pro (2.3), specific polygons of Indigenous territories that were described in the studies assessed were selected and exported as new feature classes. The search option on native-land.ca was useful for pinpointing the location of the territories. Then, I labeled the polygons using the territory names.

Some clipping was required: Inupiat, Yup’ik/ Cup’ik and Nunatsiavut polygons were clipped to land boundaries (Alaska and Canada) to crop out the ocean (since the study looks at populations, which are found on land), and the Cree nation polygon was clipped to Manitoba as the study was specific to Crees living in Manitoba.

Here is an example of the clipping that was done (Yup’ik/ Cup’ik): 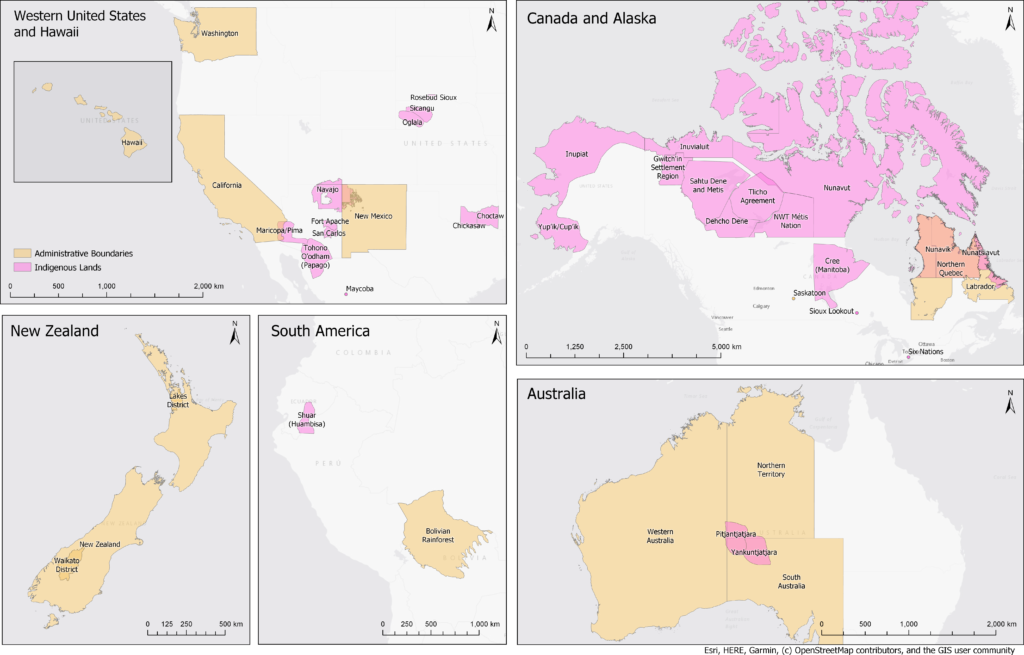 In this map, orange polygons represent studies that describe administrative boundaries, and pink polygons represent studies that describe Indigenous territories (from native-land.ca). Some studies also described specific communities that are too small to symbolize as polygons; so points features were created. An example of such community that is seen in this map frame is Maycoba (located in Mexico).

This map was created to act as a visual aid in a scoping review looking at the effects of the retail food environmental to diet-related health among Indigenous populations around the world. By including the map in the review we help readers understand not only what Indigenous populations are described in the reviewed studies, but also the importance of land and spatial distribution to health and food access.

Thanks for visiting Native Land! Please get in touch with us anytime with your questions or comments.

Please click here to make a one-time donation. Thank you!

For 2,000 years, the Hopi have been growing corn i

As Homelessness Rises in Seattle, So Does a Native