“Our Recognition and Settlement Agreement (Native Title) is an important milestone for Dja Dja Wurrung people and the Victorian Government now recognises us as the Traditional Owners of this Country and acknowledges the history of dispersement and dispossession that has affected our people. Our Agreement allows for continued recognition, through protocols and acknowledgements and Welcomes to Country, and signage on Dja Dja Wurrung Country…

Dja Dja Wurrung are a clearly identified group of people with well-defined goals and objectives, authority and leadership structures and we effectively implement the Dja Dja Wurrung Recognition and Settlement Agreement…

We are achieving self-determination and leaving behind the mission mentality that has previously underpinned our relationship with government and the broader community.” 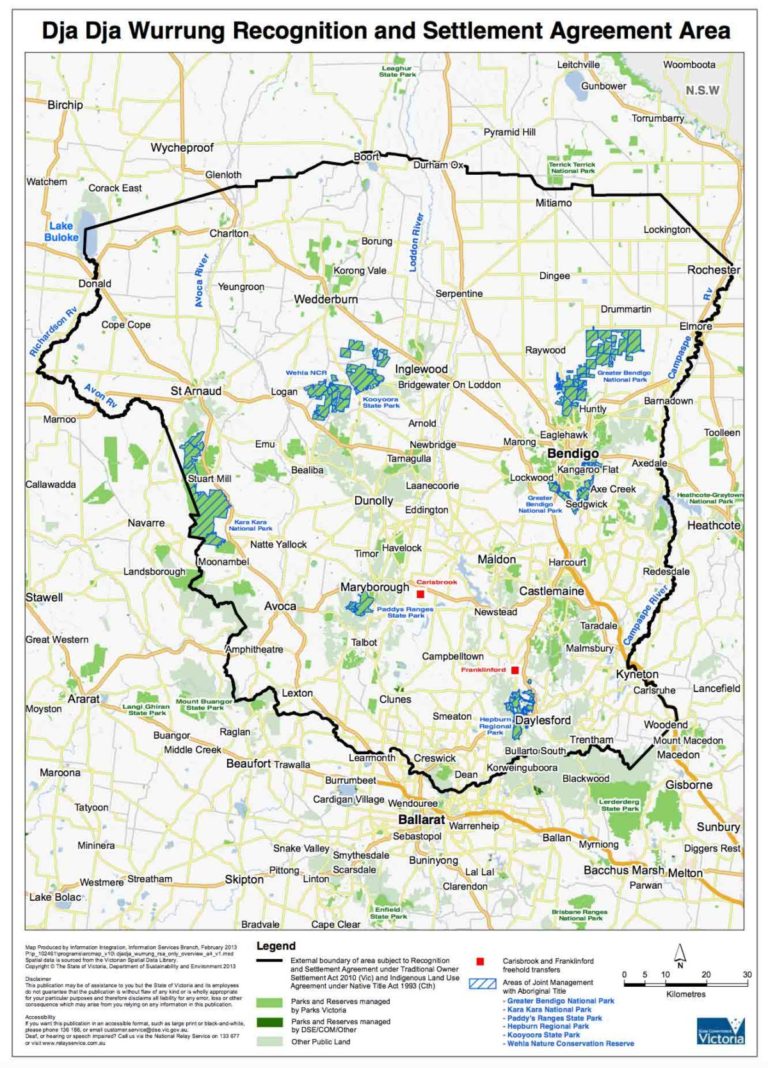