Native Land Digital is a Canadian not-for-profit organization, incorporated in December 2018. Native Land Digital is Indigenous-led, with an Indigenous Executive Director and Board of Directors who oversee and direct the organization. Numerous non-Indigenous people also contribute as members of our Advisory Council. The Board of Directors govern finances, set priorities, and appoint staff members as required.

Native Land was created in 2015 by Victor Temprano, a settler hailing from Okanagan territory. You can see a biography and the old About page here to learn more about the roots of the project. 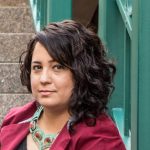 Leena Minifie is a Gitxaala (Tsimshian) communications, digital strategist and media producer. She is located in the unceded Coast Salish Territory of Vancouver. Leena holds a BA in Indigenous Studies and BFA in New Media from the Institute of American Indian Arts in New Mexico. She has worked as a journalist for agencies such as Ricochet Media, CBC Radio One, CTV First Story, Native American Calling (US), APTN National News and acted as a freelance producer. 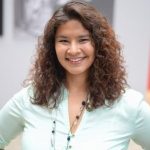 Shauna Johnson is Coast Salish from the Tsawout First Nation on her mother’s side and Tsimshian from Laxkwala’ams on her father’s side. She has a Master of Science degree in Indigenous Community Planning (ICP) and has specialized expertise in providing planning support for indigenous communities to revitalize and promote indigenous community planning research, methods and practices grounded firmly within indigenous laws, legal traditions and ways of knowing and being. She is a registered Applied Scientific Technologist (A.Sc.T.) and is currently working towards becoming a Registered Professional Planner (MIP, RPP). She has experience working with indigenous communities on housing strategies, comprehensive community plans, (CPP), strategic, land use (reserve based and watershed level based), environmental management, marine spatial/use plans (MSP/MUP), economic development plans and indigenous food systems projects. She is also an adjunct professor at University of British Columbia (UBC) in the School of Community of Regional Planning (SCARP) Indigenous Community Planning (ICP) program, mentoring, supervising and co-teaching ICP practicum students. 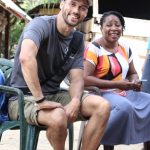 Rudo is a non-native geographer from the Caribbean island of Curaçao. In his role as a mapping and programs support manager with the Amazon Conservation Team (ACT), he supports indigenous and other local communities in mapping their ancestral lands and documenting their intangible cultural heritage and traditional knowledge. Rudo leads ACT’s oral history mapping program in South America and is stewarding the development of the free and open-source geostorytelling application Terrastories, designed for remote communities to document their place-based oral storytelling traditions using interactive maps and multimedia content. Rudo’s academic background includes an M.A. and Ph.D. research in Anthropology from the University of North Carolina-Chapel Hill, as well as an M.A. in International Administration from the University of Miami. Rudo has worked with Indigenous and Afro-descendant peoples in Suriname, Colombia, Costa Rica, and Brazil, and is passionate about helping communities preserve their heritage and achieve their own vision of buen vivir. 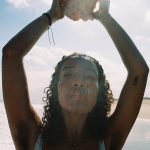 Mesiah Burciaga-Hameed is a 23 years young two-spirit afro-indigenous youth educator. They utilize their ancestors practices to bring about tangible change to the way we relate to time and our legacy. Mesiah grew up on the frontlines in Occupied Ohlone territory (Oakland California) and occupies Lene Lenape territory (New York City). Today Mesiah works on influencing a group of youth educators on subjects such as water rights, sovereignty, and earth stewardship. With these youth we are collectively creating a blueprint for how to be in deeper relation with our bloodline’s by honoring a timeline of truth. 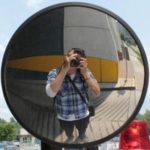 Kyle Napier is Dene/nêhiyaw Métis and a member of Northwest Territory Métis Nation. He grew up in small communities in Tu Nedhe in Denendeh, colonially referred to as the Northwest Territories. He has led and assisted community efforts and projects supporting Indigenous language revitalization, reclamation and acquisition through use of Indigenous technologies and decolonial tools, curriculum-building which centers the land and Indigenous worldviews, and a community-first approach to project-making with, by, for and from Indigenous communities. 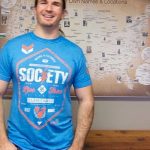 Aaron Carapella is the owner of TribalNationsMaps.com, the most expansive print maps available of Indigenous territories worldwide. His maps are extensively researched and used widely in education. He is Cherokee and lives in Oklahoma with his wife. He has fought for Native rights for many years on issues like mascot removal, education reform, sacred site issues, and more, and lives within the Cherokee Nation of Oklahoma.

Stephanie Pyne is a highly experienced expert in fields that bring together Indigenous Studies and geography. She has a Ph.D. in Geography and Cartography and has worked on many mapping efforts with the Carleton Geomatics and Cartographic Research Center. She lives in Ontario, Canada, and is currently engaged in numerous projects. 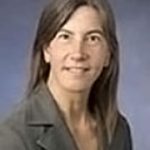 Professor Pearce is interested in all things related to maps (especially, critical cartographies, geovisualization, and Indigenous cartographic history, map design, and cartographic language), and historical & cultural geography (especially, Indigenous geographies, historical landscapes of North America, Native and non-Native interactions, toponymy, and the themes of memory, experience, imagination, and narrative). Her approach to both cartography and geography is grounded in design and the humanities.

Tyler McCreary is an Assistant Professor of Geography at Florida State University and an Adjunct Professor of First Nations Studies at University of Northern British Columbia. He is the author of Shared Histories: Witsuwit’en-Settler Relations in Smithers, British Columbia, 1913 – 1973 (Creekstone Press, 2018 – winner of the Lieutenant Governor’s Medal for Historical Writing in British Columbia). He is also a co-editor of the forthcoming book Settler City Limits: Indigenous Resurgence and Colonial Violence in the Urban Prairie West (University of Manitoba Press and Michigan State University Press, 2019). In addition, he has written two dozen scholarly journal articles and book chapters. His research focuses on Indigenous responses to settler colonialism and racial capitalism. 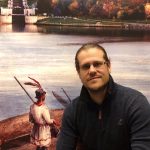 Hailing from Kitchisibi Ewidjidjiwok (Ottawa River Watershed), and currently residing in Tenàgàdino / Tenàgàdin odenà (City of Gatineau, Quebec) on Omàmìwininì Anishinàbeg Aki (the ancestral territory of the Algonquin people), Jean-Luc Fournier is a toponymist and historical researcher, and a dynamic and effective communicator with an array of professional experience working with Indigenous organizations, institutions and community groups. Jean-Luc holds an honours degree in Indigenous Studies and Environmental Studies from the University of Ottawa. He has been involved in historical and place name research since 2005. Jean-Luc has worked in different capacities for the Algonquin Nation Secretariat Tribal Council, the First Nation Confederacy of Cultural Education Centers and maintains a close relationship with the leadership, knowledge keepers, elders and members of the Kitigan-Zibi Anishinàbeg community. He has worked voluntarily and consistently on many research endeavors regarding local Anishinabeg history and has almost completely devoted the last decade to Algonquin Anishinabeg toponymic investigations throughout the territory. In 2017, Jean-Luc joined the Public Service as a Toponymy Analyst. Jean-Luc’s priority as always been to contribute to the cultural and linguistic resurgence of the Omàmìwininì Anishinàbeg. He strongly believes that the means to do so is by building meaningful relationships and fostering healthy rapports with members of the Nation, from whom the guidance, teachings and customary protocols originate.

Christine is an Omàmìwininì Madaoueskarini Anishinaabekwe (a woman of the Madawaska River Algonquin people) of the Crane Clan. Christine owns two Indigenous knowledge-based companies, Waaseyaa Consulting and Waaseyaa Cultural Tours. She is an extremely active volunteer for community and nation-based organizations, and has worked as an archaeologist, an orator, and has years of management experience with various organizations. She is an avid outdoor adventurer and spends much of her time learning about medicinal plants. 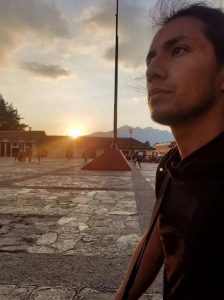 Victor Sauca is a Saraguro from the Kichwa Nation located in the southern Ecuadorian Andes. He is interested in coming to know himself and the uni/multiverse through his and other peoples’ ancestral teachings such as the Amazonian, Andean and Norse Peoples. Currently, Victor lives in Saraguro and works with other partners on designing a place-based program for children and youth in his community to facilitate direct relations with and gain knowledge from their land through diverse disciplines, local knowledge and self-discovery. As a food-sovereignty supporter, he is also working on expanding his knowledge of local native seeds and forests through self-educations and knowledge exchange with local people while also working on his own farm and family’s lands. Victor holds a BA in First Nations and Indigenous Studies from the University of British Columbia. His role in the Native-Land team as a Research Assistant requires him to attend the observations or suggestions sent by users, interact with them vial email and continue updating, fixing and adding new maps to the platform.

Nadi has taken on the role of Digital Communications Coordinator and is behind all the latest graphics and content via Native Land social media channels. With a long history in digital communication strategy, Nadi is also a Diversity, Equity and Inclusion educator who works with workplace teams, teachers and individuals to teach anti-racism and anti-discrimination tools and practices.

This section in progress.

Big thanks to so many volunteers and emailers for helping keep us on our toes and trying to get things right! There have been hundreds of people involved in helping fix this map and improve it along the way.

Especial thanks to Travis Henry for his huge research and help with American nations, John Garcia in central America, and Whose.land for helping improve accuracy with treaties and territories across North America. Many more names should already be mentioned here, and we will add them in due time…

Native-Land.ca’s API and data has been used and mentioned in a few places, such as:

It’s also been integrated into courses and projects such as:

Native Land Digital is a registered Canadian not-for-profit and a British Columbia Society. We are governed by an Indigenous Board of Directors and funding is provided by individual donors and supporters.

Please contact us to learn more about how you can get involved!